I’m finally going to wrap up my little series of posts from Matt and Vicky’s engagement party this week. I know, you didn’t think there could possibly be more right? Well, no party is complete without a banner.

Some pretty paper or card

A craft knife and a cutting mat (or chopping board) 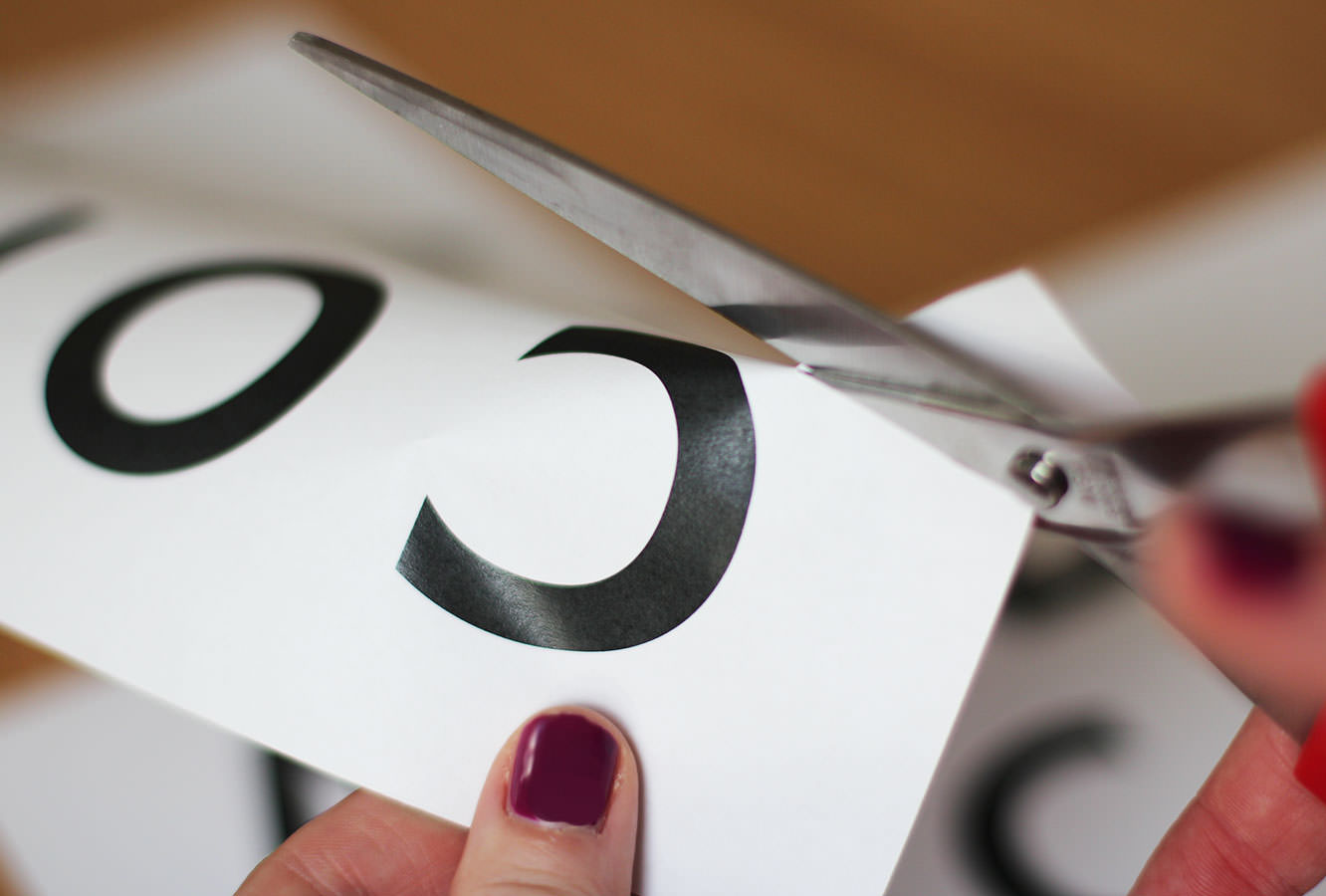 Using a chunky font, type out the message for your banner. I think this was Futura in case you want to copy exactly (but then you would also need to find a Matt and a Vicky to congratulate). 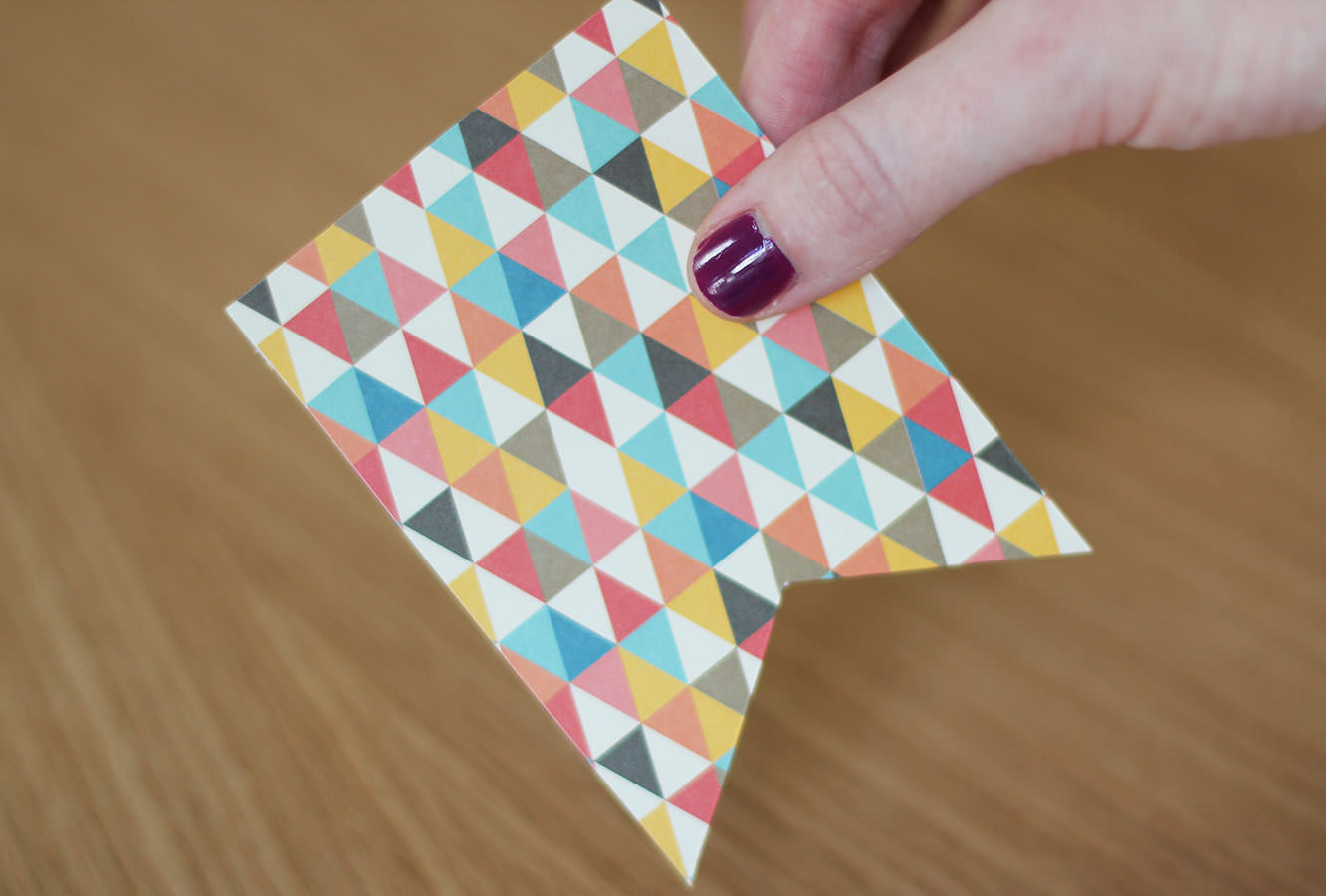 Cut out little flag shapes big enough to house your letters, remember to leave at least half a centimetre at the top to fold over.

These are super simple to get even, just draw a rectangle with a line down the centre and then draw two diagonals from the corner to the same point on the central line. Use the first one as a template.

Glue the front of the letters and stick them face down on the back of each flag.

Use a craft knife to cut around the edge of the letter. The child in me was bizarrely satisfied by punching these out.

When cutting out letters like A and O which have a counter in them remember to keep a small stem so you don’t totally hollow them out. 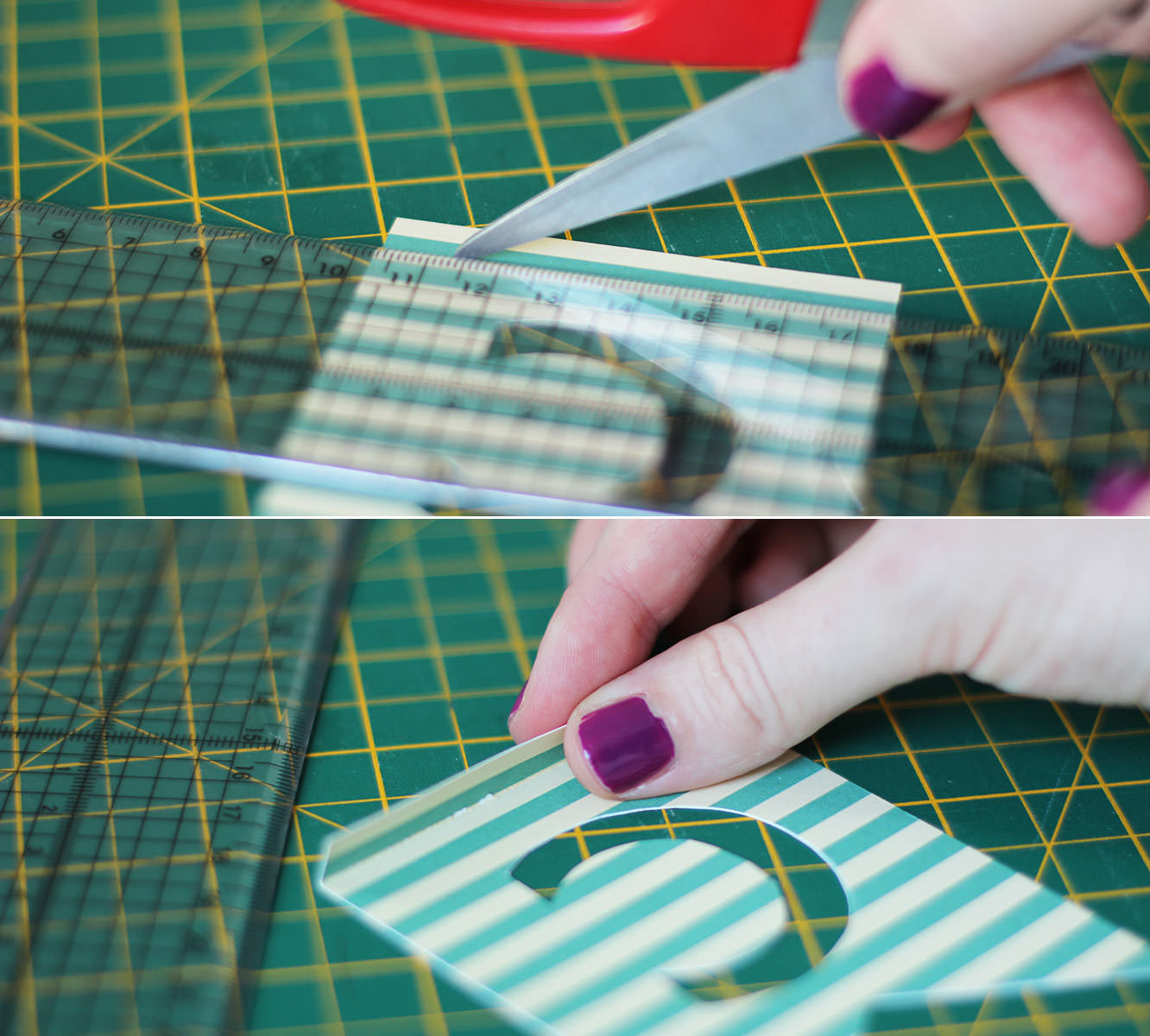 Using open scissors score the top of the flag (on the back) to create a fold.

Stick double sided tape inside the fold, making sure it’s right to the top edge. Place the string in the fold and stick down.

Repeat until you have a full sentiment. 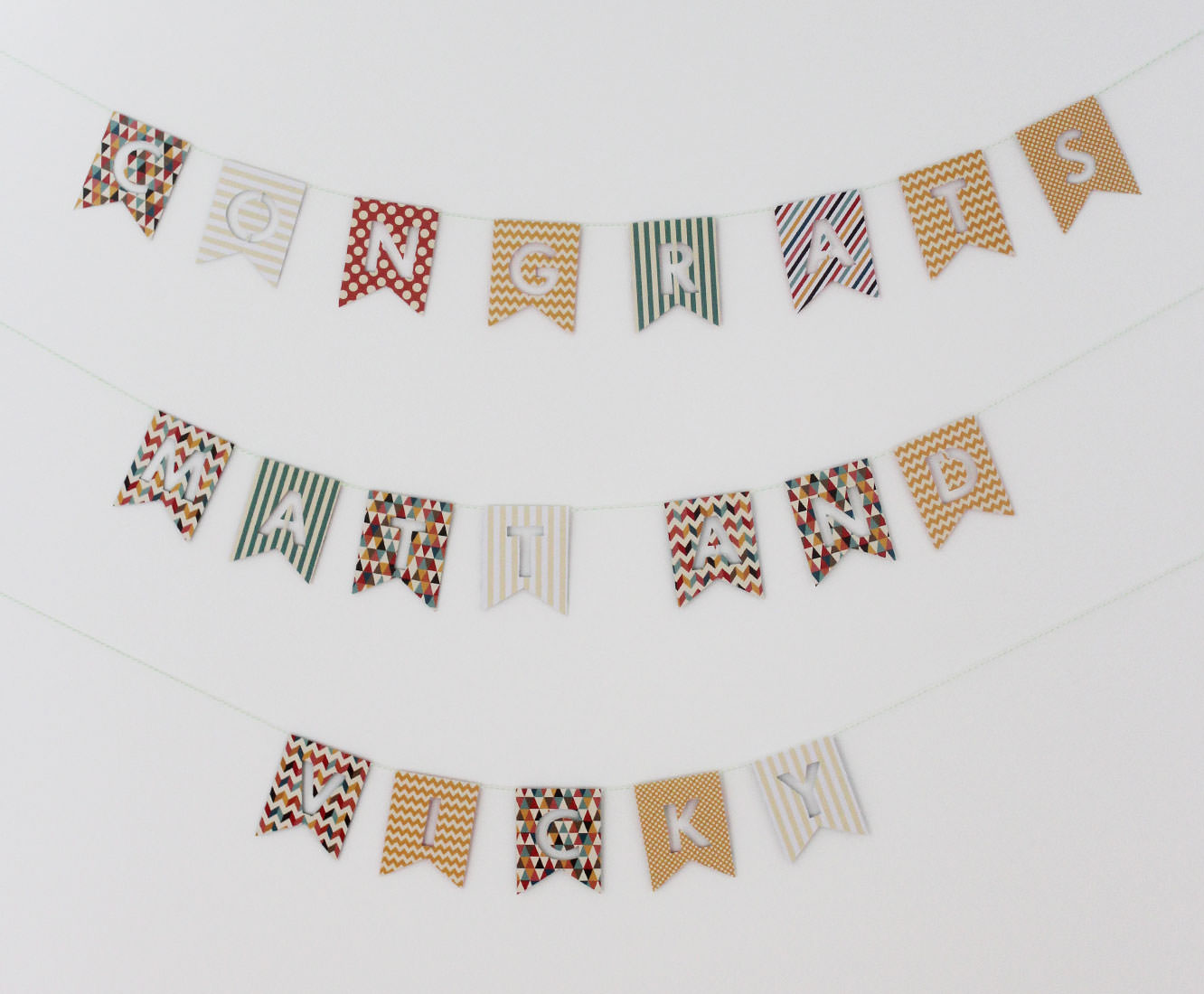